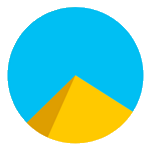 At Woven Data, we use a concept of "True Payer Mix", which is instrumental at all stages of the product life cycle, from acquisition due diligence, commercialization, to ongoing brand management.

The term "payer mix" is commonly understood to describe the retail portion of your business, and include cash, commercial and government payers, e.g. Medicaid, Medicare and TRICARE. Those elements are important, but a richer understanding emerges when you include purchasers, as they also pay for the product. We call this integrated view the True Payer Mix.

This analysis leverages all transactional data to incorporate all of your units, starting with how many units you sold, and where those units ultimately end up before reaching a patient. (This also happens to be the first step in my recommended GTN approach, which we'll cover in an upcoming post).

Let's start with how to get to Contracted Sales from the top line:

The goal up to Contracted Sales is to stack all the data reflective of actuals, which is easy to reconcile and explain. It is more "science" than "art". The second phase of our True Payer Mix analysis incorporates a mix of projections and actuals:

Once you understand the True Payer Mix of where the units are going, it becomes much easier to get at the larger financial or strategic questions at the core of brand management or M&A. We will explore those in future posts.

Get in touch with us